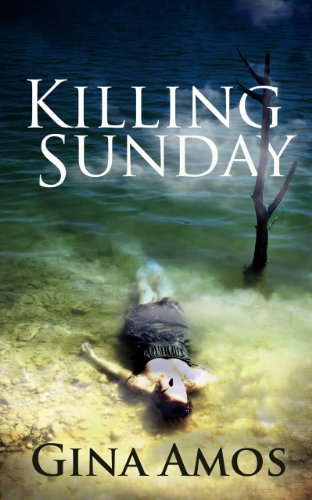 What genre of books do you normally write?
crime fiction, cosy crime, mystery

Tell us your author story:
Gina Amos is an Australian writer. She grew up in a wine growing area in the Hunter Valley of New South Wales, Australia and moved to Sydney when she was just 17. From an early age she had always loved reading mysteries but came to writing crime quite by accident. It was only when an elderly neighbour in her quiet, conservative Sydney suburban street died, that she began to question why the woman’s body had not been discovered for over a week. The old woman’s lonely death stayed with Gina.Fifteen years after the woman’s death, Gina began to have recurring dreams about the woman and was compelled to write her story. What began as a tale of isolation and pride amongst the elderly, soon turned to crime when Gina realised to write an interesting story, instead of dying from a heart attack, she would be murdered. This she did in her debut novel, “Secrets and Lies”

Gina’s greatest success has been the satisfaction of knowing readers enjoy reading her books. Her greatest thrill was when she received a text message from a woman on a Virgin flight who had just finished “Secrets and Lies” She told her she had just finished the book and had “enjoyed it immensely!”

Tell the reader about your latest book:
‘Killing Sunday,’ the second book in the Jill Brennan detective series and is set in Sydney, Australia. It’s summer and it’s hot. But it’s not the heat Senior Constable Jill Brennan is concerned about. She has just been assigned to an undercover case in Sydney’s art heartland. The task force has its eyes on an art diva with outrageous dress sense. The only problem is she has gone missing. What began as a straight forward case, turns into a major murder investigation with surprising consequences.